‘Most truly yours, Aunt Anne’  celebrates the achievements of Anne Geddes Gilchrist OBE (1863-1954), who made an important collection of songs, tunes and folklore from her home in Lancashire and became a significant figure in the folk music world of the early 20th Century.

The Gilchrist Collective has been formed by four accomplished performers to tell her story for the first time, using narrative, slides and a rich and varied selection of the songs she preserved. 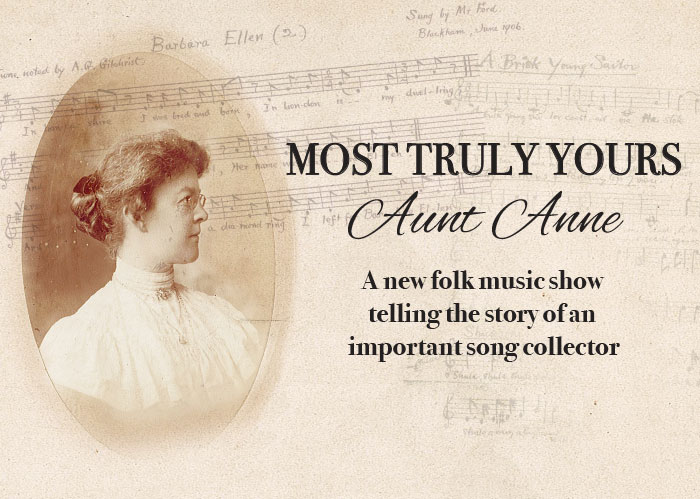